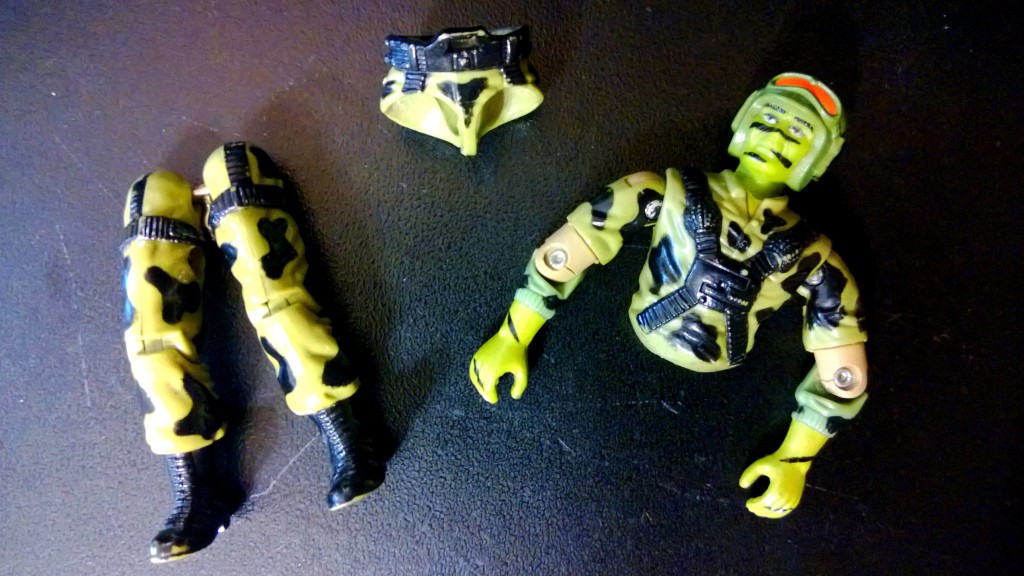 Hit & Run looks like he was a victim of a hit and run.

Originally released in 1988, Hit & Run was among the last of the G.I. Joe figured I got when I was a kid. But he quickly became one of my favorites.

The figure included a knife and assault rifle, as well as a duffle bag and grappling hook. I’ve read that a Target version had a parachute, but I didn’t own that. Heck, I didn’t even know Target was a real place back then.

His design is quite good. I remember the one I had was solidly constructed. His arms and legs moved smoothly, and he could be easily positioned and remain standing – a flaw I remember encountering with quite a few other Joe action figures.

Sadly, I don’t have any of his accessories. Like many of my Joes, those things have vanished over several moves (but you can check them out here). 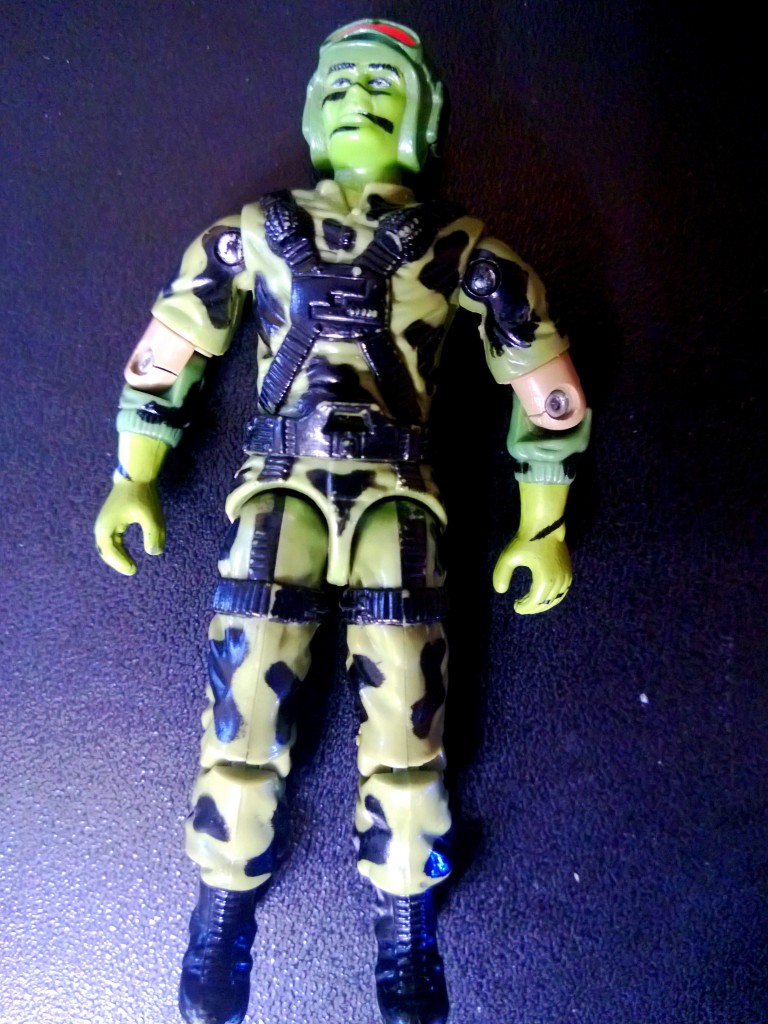