Home » Joes Rebuilt » Cover Girl gets her figure back, too bad I melted her hand

Cover Girl gets her figure back, too bad I melted her hand 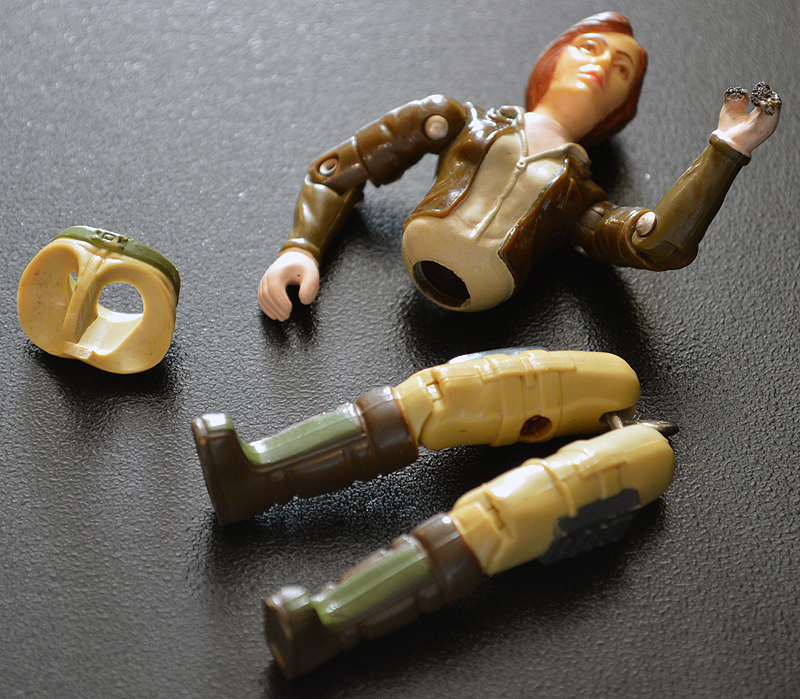 Cover Girl has fallen to pieces.

Oh, Cover Girl, how I never really liked you.

As female action figures go, there was always something off about this one. She had no accessories and was the driver of the Wolverine, a tank fitted with a pair of missile launchers.

Her design, however, was just uninspired. The hair is very manly, her uniform a bland tan and brown.

In the first G.I. Joe mini-series, she’s featured in a small role. Only in the series she’s got long flowing blonde hair and seemed to have a bit of attitude. There’s a promising character there.

In the new comic book series she’s gotten an entire backstory in a rather well-crafted story. 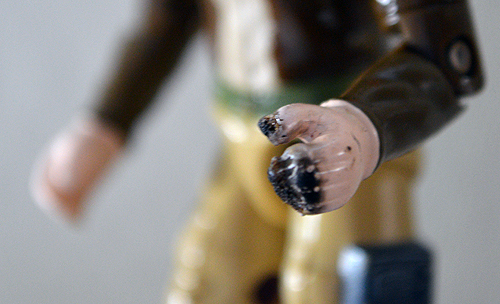 Yet this figure just never captured that for me. This explains the hand.

It’s not so much that I was into torturing my action figures. I never did this regularly. But my family’s house had a fireplace when I was younger, and I remember playing by it a few times. One of the times, I burned the hand on Cover Girl. I couldn’t have cared less about the figure, so I didn’t mind it being ruined like that.

Plus it made for some dramatic play at the time.

But don’t worry, I’m sure I’ll find a replacement arm soon enough and half her looking good as new.