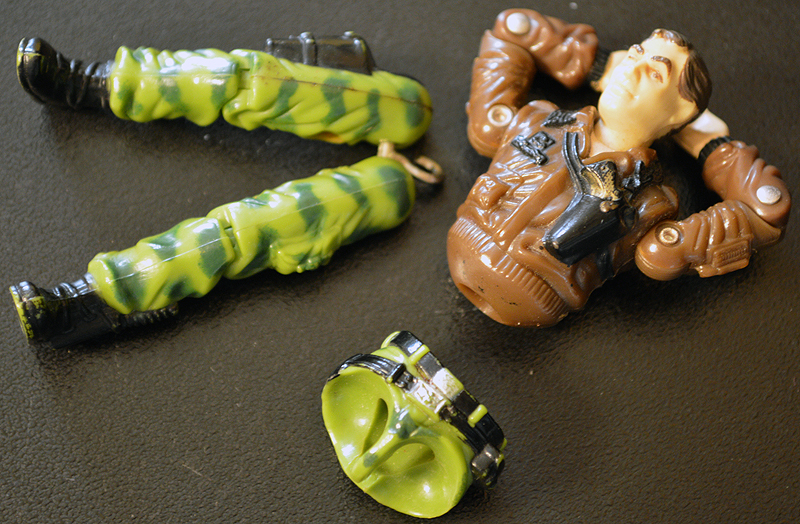 General Hawk has fallen apart… but he doesn’t seem too broken up about it.

For me there was only ever really just one leader of G.I. Joe: Duke. Hawk was just some guy they created who I just barely acknowledged.

But that didn’t stop Hasbro from introducing someone over him. I don’t remember ever hearing of Hawk before he was released in this 1986 version.

To be honest, I didn’t realize this wasn’t the first version of Hawk until posting this entry. Nor did I realize he wasn’t actually called General Hawk until later.

Can’t really say why I wasn’t a fan of Hawk (who I’ve always thought of as General Hawk). Something about the figure made him feel like a stuffed shirt.

Either way the figure clearly got some play time. He looks as if he’s lost an eye, and the pistol on his chest has worn down.

He also managed to hold onto his backpack, as the below picture shows. I thought I had his helmet, but turned out to be the wrong color. I have a brown one, but I think that’s from one of those accessories packs they used to sell. 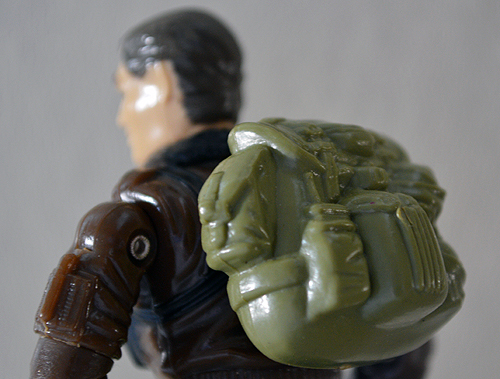 Hawk has his gear.