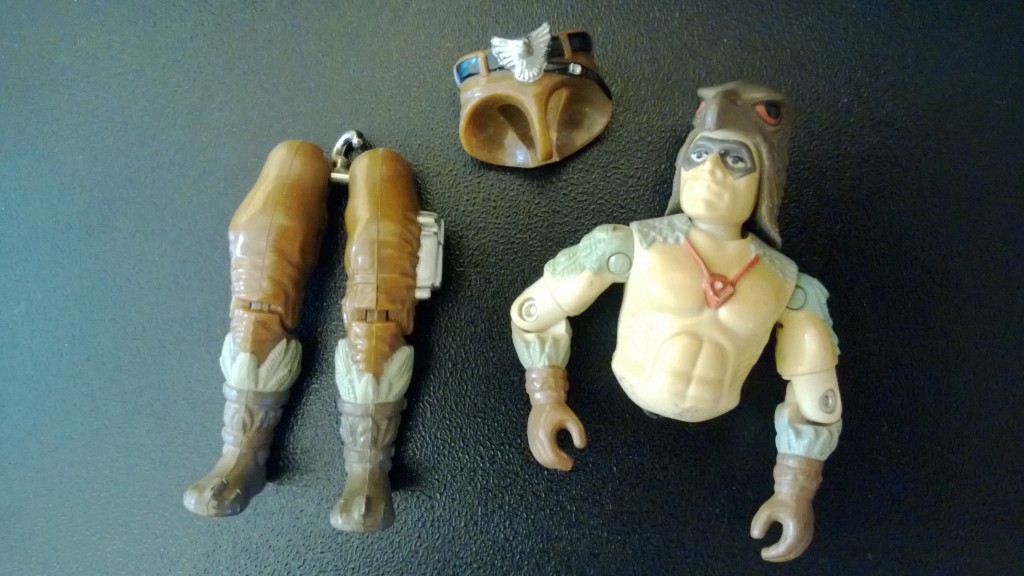 Cobra operative, Raptor, is all in pieces.

The choice of Raptor as my first project was a bit of an odd-duck choice.

By the late 1980s, G.I. Joe characters started to get a little silly – a fact highlighted by this bizarre baddie, an accountant-turned-falconer who worked for Cobra in their neverending war with the Joes.

He ended up being my first reassembly not because I have any particular affection for the ridiculous character, but simply because I found his legs and waist almost immediately.

Overall he’s in fairly good condition. Very little wear-and-tear. This is likely due to the fact that I rarely played with him.

Sadly, his fabric ‘wings’ and falcon have long since vanished (Click here to see him with all his accoutrements).

There was no trace of his original rubber band. Getting him split open was fairly easy, as was snapping him back together. 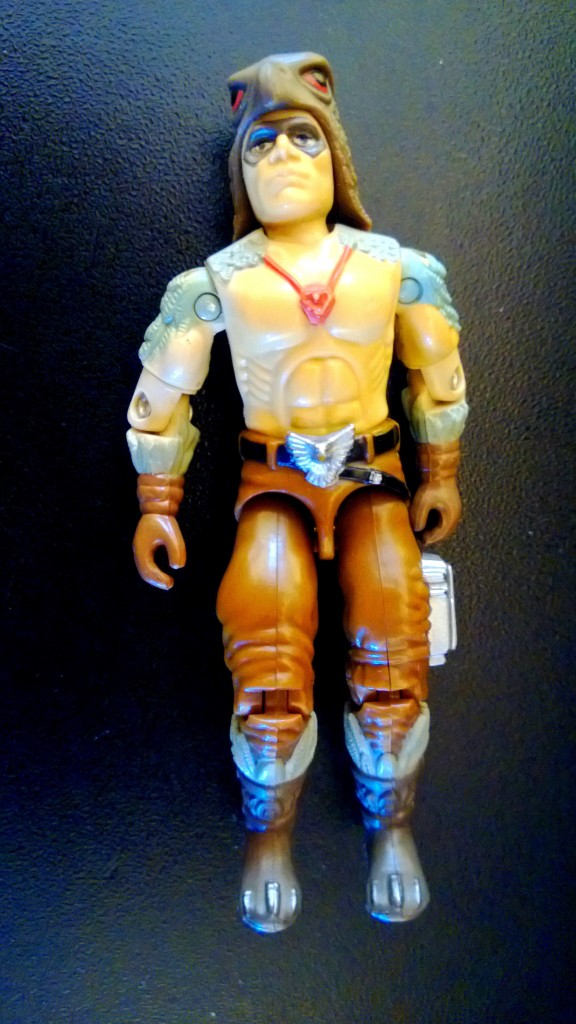 Raptor is back together again.