Rock ‘n Roll all night… and party every day 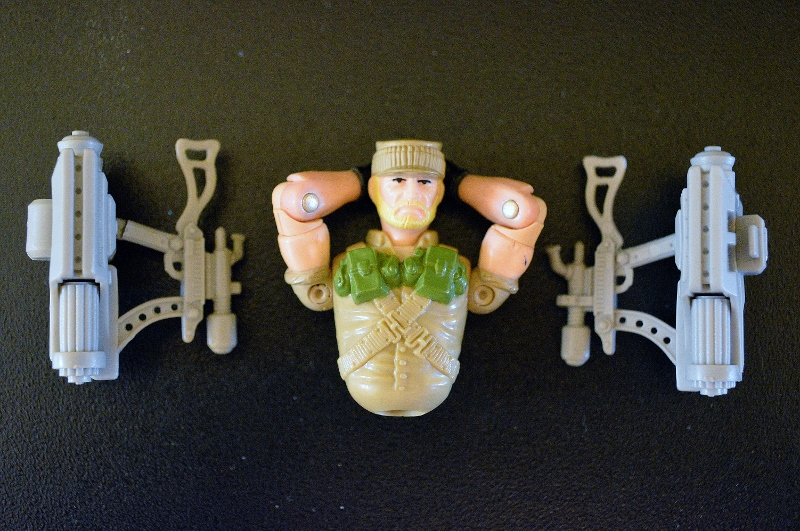 Rock ‘n Roll has always been one of G.I. Joe’s most bad ass characters. At least to me.

This particular version of the character, introduced in 1989, is I think one of the nicest character designs. He’s a little overly accessorized, but still conceptually he’s clean and grounded.

One flaw would be the pegs in his right leg. They broke fairly easily.

Those pegs on his right leg were a bit flimsy.

I went through a few purchases in order to obtain his missing body parts. Ended up getting a whole collection of legs, torsos and waists, enough to piece together 2-3 additional versions.

Have to admit, however, that it was nice to see him standing tall again. 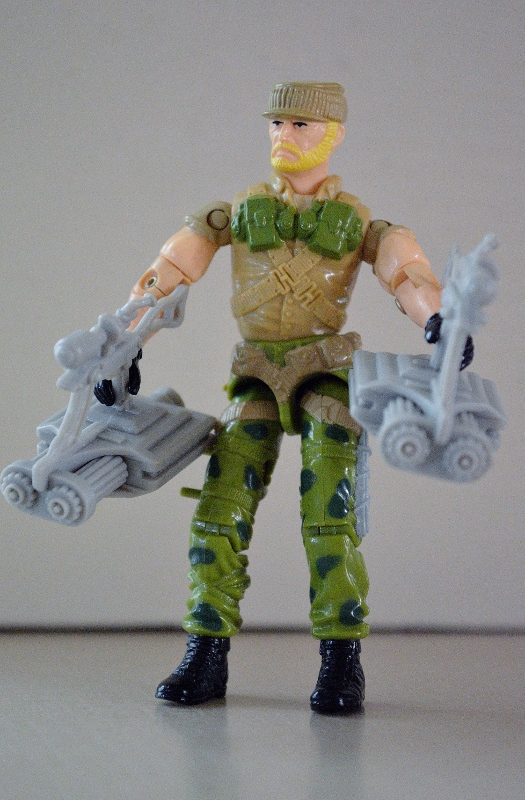 And… not sure if anyone’s ever noticed this before, but he had a cameo in ‘Star Wars: Episode VI: Return of the Jedi.’ Can you spot him?

Do you see Rock ‘n Roll?